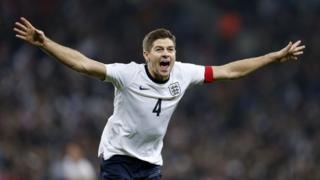 England beat Poland 2-0 to book their place at the 2014 World Cup in Brazil.

England are the only British side to have made it to next year's tournament as Wales, Scotland and Northern Ireland all missed out.