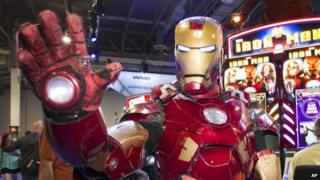 The US military is developing an Iron Man style suit for their soldiers to wear in battle.

Researchers say the high-tech suit will give the person wearing it 'superhuman strength' and protect them from bullets.

It will also use tiny computers to monitor the soldier's health and surroundings.

The technology is still being designed but the US is aiming for a workable super suit in the next three years. 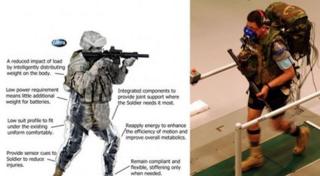 The American army hope the suit will be able to monitor all sorts of information about the person wearing it including heart rate, temperature and even if they need a drink.

Experts in new technology are being asked for their suggestions on how the suit could work practically, using the very latest in wearable technology.

The US Army said it was likely that scientists at one of America's top Universities, the Massachusetts Institute of Technology (MIT), would be involved in the design.

An MIT team is currently developing liquid body armour - made from fluids that transform into a solid when a magnetic field or electrical current is applied. 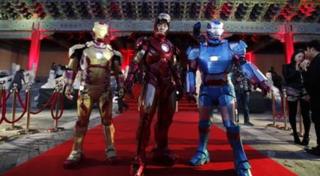 In an interview with US news site NPR, MIT professor Gareth McKinley compared the futuristic armour to that seen in Hollywood films.

"The other kind of things that you see in the movies... would be the kind of external suit that Sigourney Weaver wears in Aliens, where it's a large robot that amplifies the motions and lifting capability of a human."