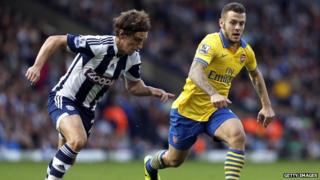 The Premier League is now only one third English, a State of the Game study for BBC sport has revealed.

It means English players are getting fewer minutes than five years ago and the figure is also significantly lower than the number of home-grown players playing in other major European leagues. 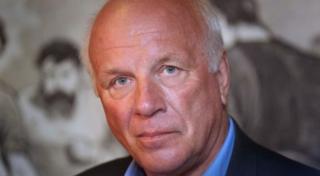 FA chairman Greg Dyke said recently he wants a task force set up to tackle the decline in the number of Englishmen playing regularly in the Premier League.

But England under 21 manager Gareth Southgate says he doesn't think it is a problem as long as English players are getting to play competitive football.

We want to know if you think this is important.

Should there be more English players in the premier league?

Does it matter where a player comes from or not?

Let us know what you think.

I think that is does not matter where a player comes from, as long as they are a good player, let them play.

I think it is up to the manager, if a foreign player is more in form than a British player the manager should have the right to play whoever he wants. The English players should get to play competitive football though.

It does not matter if they are from a different part of the world because if they are good that is all that really matters.

I think English players should play because it is an English league.

I think that more English players should play in the Premier League because it's an English league and fewer players from other countries should play.

I think it does not matter. Football is a learning and fitness chance for everybody to use.

It doesn't matter what country they come from the only thing that matters is if they are good.

I think it doesn't matter who plays football in England it's an international sport.

English players must be involved more than other nationals in order to boost the performance of the English national teams.

I feel that there should be only English players in the primer league. It would make the matches more fair and less money would spent on buying foreign players.

English players must be involved more than other nationals in order to boost the performance of the English national team.

I think that no matter what the ability of the players are, foreign players should be able to play but more English players should get more time on the pitch.