Badger cull may be extended in west Somerset 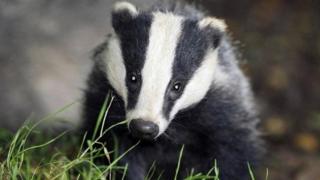 A badger cull trial in west Somerset may be extended by up to three weeks because too few badgers have been killed.

Government department Defra said 850 badgers were shot during the six-week trial but the target was 2,081.

The cull is an attempt to control a disease called TB which affects cows. The illness is spread by badgers.

The controversial trial was to test whether badgers could be killed safely, effectively and humanely.

Opponents say the cull will have no effect and vaccinating badgers against TB would be more effective and humane.

But Defra says, despite missing the target, the badger cull has already proven to be effective.