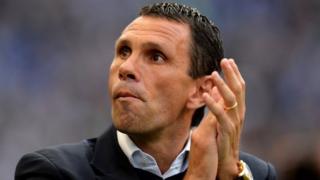 He replaces Paolo Di Canio at the Stadium of Light on a two year contract.

Poyet was a successful player with Chelsea and Spurs and had coaching spells with Leeds and Tottenham before joining Brighton in 2009.

The Uruguayan won promotion from League One and reached the Championship play off semi-finals last season but was sacked in June for gross misconduct. 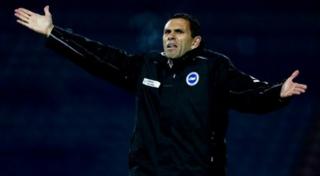 Sunderland are bottom of the table with just one point from seven games but Poyet told the club's website he's hopeful they can get out of trouble.

He said: "I look forward to proving my ability to the fans.

"I think the key behind my strong home record at Brighton was the connection with the fans - I can see that here.

"It's a huge challenge but one I am excited about and I am grateful for the opportunity to manage in the Premier League."