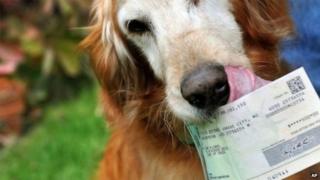 Wayne Klinkel had left his dog Sundance in the car whilst at a restaurant in Colorado, United States.

The hungry dog decided it was dinnertime too and munched his way through five $100 notes that Wayne had left in the car.

Wayne had to collect all the shreds of his money from Sundance's droppings and send them to the US Treasury. 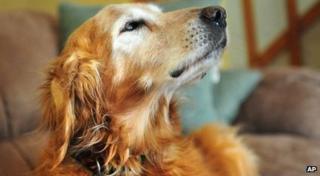 Luckily the US Treasury have sent Wayne a full refund in the form of a cheque.

But it looks like Wayne hasn't learned his lesson! Why is Sundance licking his cheque? Get it to the bank!