Chinese tourists given book of guidelines 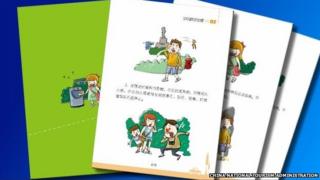 Chinese tourists have been issued with a book of guidelines to advise them how to behave while on holiday.

The guidelines remind tourists to put rubbish in the bin, not to spit in the street and avoid forcing locals to take photos of you!

Don't blow snot out of your nose in the street

The book also has some slightly unusual suggestions. 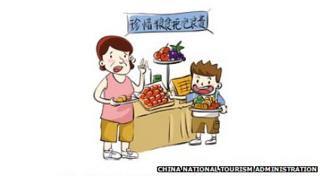 Don't be greedy at the buffet

It says asking British people whether they have eaten is considered impolite, and that women who don't wear earrings in Spain are considered naked.