They haven't always been called the Commonwealth Games.

The Commonwealth Games take place every four years - and, this year, they will be happening on the Gold Coast in Australia.

You might remember the last time the Commonwealth Games happened, as they were held in 2014 in Glasgow, Scotland.

The event was first held in Hamilton, Canada in 1930, when 11 countries sent a total of 400 athletes to take part.

Fast-forward to Glasgow 2014 and more than 4,500 athletes from 71 nations competed in 17 sports over 11 days. So you can see how much the games have grown since they started.

What is the Commonwealth?

The Commonwealth is a collection of countries that are linked in some way to Great Britain, all apart from Mozambique. 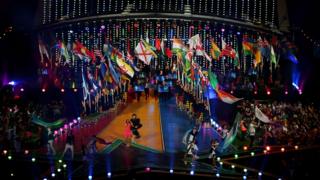 Almost one in every three people in the whole world live in the Commonwealth, and it is made up of people of all faiths, races, languages, cultures and traditions.

Since they started, the Games have taken place every four years except for 1942 and 1946, because of World War II

Many years ago, Britain used to control lots of countries as part of something called the British Empire.

Over the years, the Empire has disappeared as countries have taken charge of themselves, and has reformed and changed to become the Commonwealth.

All 53 members have signed up to a set of values including democracy, gender equality and international peace and security.

What can we expect?

In short, a lot of excitement! And this will take place across 18 sports and 7 para-sports.

More than 6,600 athletes and team officials from 70 nations and territories will all gather on the Gold Coast for the Games. 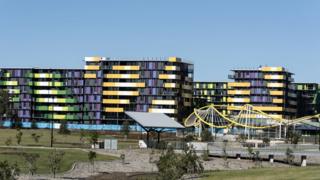 They will kick off with an impressive Opening Ceremony held at the Gold Coast's Carrara Stadium on 4 April. We imagine we can expect a firework or two!

Australia has actually won the most Commonwealth medals in the Games' history - 852 in total!

This stadium will also be where the athletics will take place - and at the end of the games, will host the Closing Ceremony too.

In a way, the action got under way a while ago, with the Queen's Baton Relay.

This is a tradition where a message from the Queen herself calling the Commonwealth's athletes to come together in peaceful and friendly competition is placed in a baton, which travels around all of the nations and territories of the Commonwealth ahead of the games. 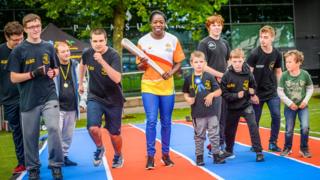 VERO
The baton passed through Liverpool in August

It started its epic journey on 13 March 2017 from Buckingham Palace and is currently coming to the end of its 388-day tour.

The baton will arrive at the Carrara Stadium on 4 April in time for the Opening Ceremony, where the Queen (or someone representing her) will remove the message and read it out loud to officially open the Games.

This Commonwealth Games will be the largest sporting event that Australia has hosted for a decade - and the largest one EVER to come to the Gold Coast - so it's going to be a very exciting spectacle. 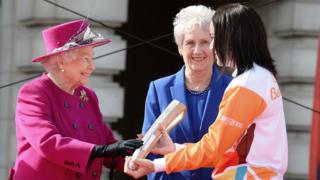 Newsround will be there to bring you all the latest action. Watch this space!