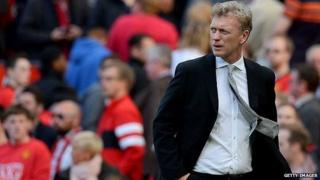 Man United's 2-1 defeat to West Brom means the club have suffered their worst start in the league for 24 years.

The defeat left United on seven points - the same tally they had after six games of the 1989-90 season.

New manager David Moyes insists the club will now be judged on how they "move on" from the poor start.

United travel to Shakhtar Donetsk on Wednesday to play in the Champions League.

David Moyes has won just two Premier League games since he replaced the retired Sir Alex Ferguson in the summer.