The fox who steals golf balls!

A clever fox is robbing golf balls and hiding them at a golf club in Valais in Switzerland.

The fox has been filmed waiting as a golfer takes a shot and then running out to stealing the ball.

Locals say the animal, named Foxy, is often hiding behind the shrubbery and when he gets a ball, heads behind buildings and hides it.

Check out the clip and see the cheeky fox in action! 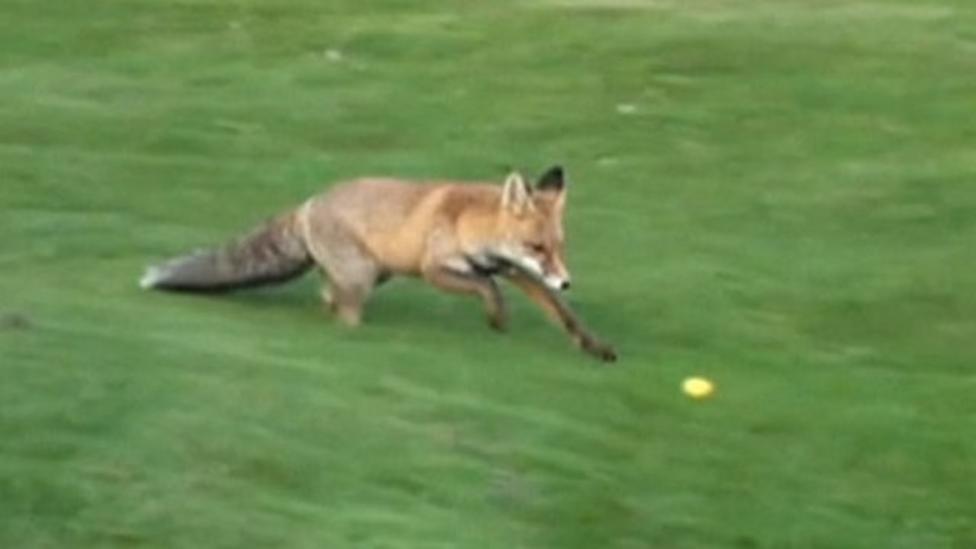 The fox who steals golf balls!