CBBC "should be on after 7pm" says review

The BBC should consider showing CBBC programmes after 7pm, according to a report by the BBC Trust.

The BBC Trust said almost 4.5 million children aged between 4 and 12 watch TV beyond 7pm, after the CBBC channel closes. 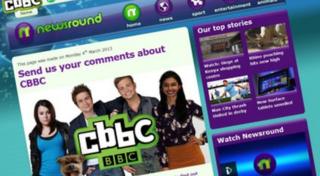 In March the BBC Trust asked for your comments

The report also said CBBC needs to make more of its content available on-demand, on tablets and other mobile devices.

But the review said CBBC was "much-loved" by children and parents, and praised its "distinctive content and the balance it provides between education and entertainment".

The BBC Trust exists to review BBC services at least once every five years to make sure they are performing well.

Alison Hastings from the BBC Trust said: "We heard an overwhelming amount of praise for the BBC's children's services."