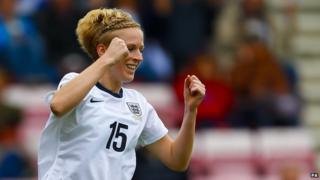 England's women's footie team has opened its World Cup qualifying campaign with a 6-0 win over Belarus.

Three goals were scored by Karen Carney with Ellen White, Natasha Dowie and Eni Aluko bringing the total to six.

It was their first game since manager Hope Powell was sacked and was a perfect start to a new era after a disappointing exit from Euro 2013.

The team are currently under the caretaker stewardship of Powell's former assistant Brent Hills.

Next England face Turkey on 26 September in their journey towards the World Cup in Canada in 2015.