Cyclists get ready for Tour of Britain final 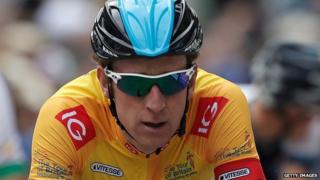 Cyclists are getting ready for the eighth and final stage of the Tour of Britain race, taking place in London this afternoon.

On Saturday Britain's Mark Cavendish sprinted to the finish line to win the 155km seventh stage of the race, beating Italy's Elia Viviani.

It was Mark's second stage win in this year's race - he also grabbed victory in the fourth stage from Stoke-on-Trent to Llanberis in the Snowdonia National Park.

But Sir Bradley Wiggins still remains the overall race leader by 26 seconds and hot favourite to win the Tour.

The 2013 Tour of Britain is made up of eight different stages across a week. It started in Scotland last weekend and finishes in central London on Sunday at around 5.30pm.

The Tour of Britain is celebrating its 10th anniversary in 2013 and 114 riders, representing 19 teams, have been taking part.