BBM to be available on Android and iPhone this weekend 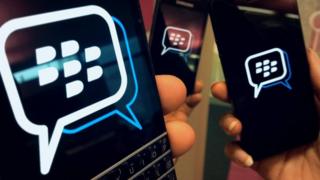 BlackBerry Messenger will be available to download on iPhone and Android smartphones from this weekend.

BBM was previously only available on BlackBerry phones but will now be available as a free download from the Android and iOS app stores.

Users will be able to see when their messages have been delivered and read, and share photos with friends - just like on a BlackBerry.

BlackBerry says BBM video calling will be added to the app soon.

BlackBerry faces tough competition from other messaging apps with similar features, like Apple's iMessage which launched in 2011.