Marvin Humes and Emma Willis to present The Voice 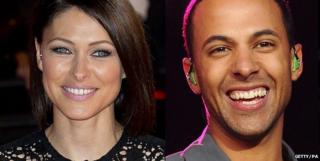 JLS star Marvin Humes will present The Voice when it returns for a third series in January.

Marvin rose to fame on The X Factor in 2008 and also has his own radio show on Capital FM.

He said: "I'm so excited to be a part of the new series" and said he has always been a "big fan" of the show.

7.95 million tuned in to see Andrea Begley win the second series of The Voice earlier this year.

Pop superstar Kylie Minogue to join The Voice was recently revealed as one of the new coaches for series three.