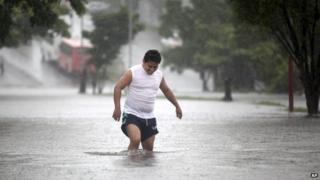 Mexico is being battered by two severe storms - one its eastern coast and another on its west, officials say.

More than 5,000 people have been evacuated on the Gulf of Mexico coast ahead of Hurricane Ingrid which already has winds of 75mph.

It is expected to make landfall over the next few days.

Hurricane Ingrid is the second major storm of the hurricane season and has been steadily gathering strength in the Gulf of Mexico on the East coast. 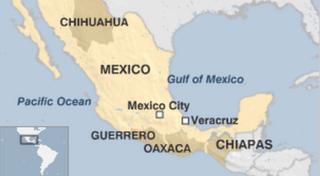