It's Friday 13th - do you have any unlucky superstitions? 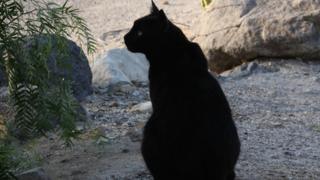 It's Friday 13th today and it's considered by many superstitious people to be the unluckiest day.

No one's sure what the exact origin of the superstition is but lots of people try to avoid doing certain things on this day.

Check out our guide to why some think Friday 13th is unlucky.

Do you believe that Friday 13th is an unlucky day? Do you behave differently when it comes around?

Do you have any other superstitions? Do you avoid walking under ladders or are you worried about bad luck if you break a mirror?

Or do you think they're all a load of nonsense? Whatever you think, let us know!

Sorry this chat page is now closed but check out some of your comments below.

I think Friday 13th isn't unlucky because it's Niall from One Directions 20th birthday today! What's so unlucky about Niall?

I personally think it's lucky. I was born in 2000 on Friday the 13th and I've had nothing but luck. So I try to get bad luck but it never happens to me it's always happens to someone I know! So I am pretty lucky with this day so go Friday 13th!

I think that it's not unlucky, because it's just another day!

Everything I do on Friday the 13th goes wrong I was doing my make-up and it all smudged, my hair is horrible and I have extra homework. I saw loads of ladders that I had to avoid and I also avoid walking over three grids.

I am not superstitious about anything it just feels like another normal day at school.

I don't think today is unlucky because I'm going on a trip with my class for the weekend!

I think that Friday the 13 is just another normal day. I have a black cat also but nothing unlucky has happened to me. So I think it is all rumours.

I do not believe that Friday the 13th is bad luck because I have a black cat and nothing bad happens.

I am not a believer in Friday the 13th being un-lucky, how can a certain date turn everything bad?

Yes I think it is bad luck because I have the dentist today and last year on Friday 13 I broke my leg so yes I think its bad luck.

Well it's my sisters birthday today, and I've got a black cat. So far so good! I don't think its bad luck at all!

I won't get my haircut on Friday the 13th in case it goes wrong!

I am not superstitious so Friday 13th is just another normal day today!

I think Friday 13th is unlucky but I try not to because then I might have an unlucky day!

For me it's not unlucky, it's my birthday!

I think it is all real. I avoid ladders and black cats.

I am not a believer in Friday 13th being unlucky, how can a certain date turn everything bad? For me personally nothing is unlucky to everyone, it is a personal thing you think for yourself.

We may show your comment on this page or in our bulletins on the CBBC channel. We'll show your first name and which town you're from - but we won't use your details for anything else.