The spacecraft Voyager-1 has become the first man-made object ever to leave our solar system.

Scientists say it's now travelling in the space between stars, 12 billion miles away from earth.

Nasa has been monitoring it closely since it reached the edge of the solar system last year.

They believe it actually left the solar system on 25 August 2012 but could only confirm it late on Thursday night.

But why is Voyager-1 such a big deal? Check out Ricky's report above to find out...

Voyager-1 was launched in 1977 and sent to fly past Saturn and Jupiter.

It was only supposed to last five years but has survived for nearly 40 and is still functional. 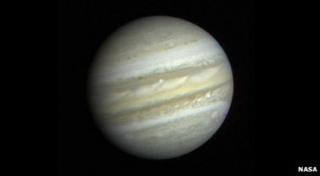 This was the first close-up view of Jupiter from Voyager-1.

It takes 17 hours for radio signals from Voyager-1 to reach Earth from outside our solar system.

A message from Earth

Voyager-1's plutonium power source will run out in about 10 years, at which point its transmitters and instruments will die.

But Voyager-1 has a gold record on board which is full of music, photographs and human speech recorded in 1977. 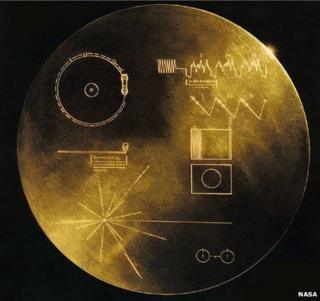 Long after Voyager-1 dies it will carry this message from Earth far across the universe.

The only problem? Voyager-1 will not get near another star for another 40,000 years, even though it's moving about 100,000 miles an hour.