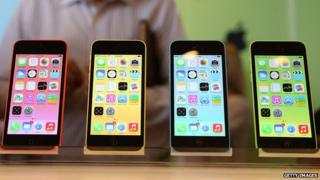 Apple has revealed two new versions of the iPhone at an event in California, United States.

The iPhone 5S introduces a fingerprint sensor that lets you unlock the phone without entering a password. 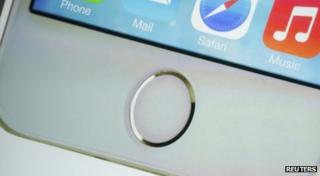 The 5S has a new fingerprint sensor

The iPhone 5C is designed to be a 'cheaper' version and has a body made of colourful plastic, instead of metal and glass.

The cheaper iPhone could help Apple compete with less expensive handsets by companies like Samsung and Nokia. 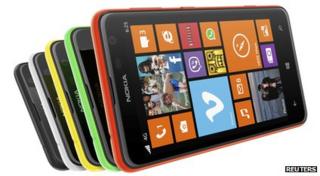 Nokia's smartphones already come in a rainbow of colours

Apple hasn't been selling as many phones as other companies recently. More people are choosing Android smartphones that have similar features but cost less.

More than half of all smartphones sold so far this year were Android handsets - only about 28% were iPhones while 9% were BlackBerry smartphones.

But with a price tag of £469 the 'cheaper' iPhone 5C is still more than twice as expensive as the Google Nexus 4 - an Android smartphone with comparable features.