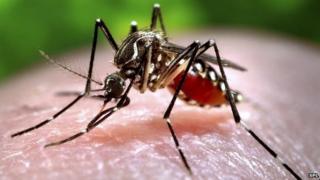 Being bugged by pesky mosquitoes could soon be a thing of the past after scientists found a potential new repellent.

A team of scientists found a substance found naturally in human skin could help make people "invisible" to the insects.

Hundreds of chemicals in the skin make up a person's individual smell, so the scientists sprayed some on the side of a cage to see which attracted mosquitoes. 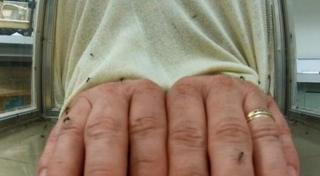 Some of the chemicals - including one called 1-methylpiperzine - were found to completely block the mosquitoes' sense of smell.

The compounds could be added into many cosmetics and lotions, Dr Bernier added.

Doctor Ulrich Bernier said: "If a mosquito can't sense that dinner is ready, there will be no buzzing, no landing and no bite."

Mosquitoes are among the most deadly creatures because they spread diseases like malaria.

Effective repellent chemicals could be added to shower gels and body lotions in the future to help keep insects away.