England only home nation to win a World Cup qualifier 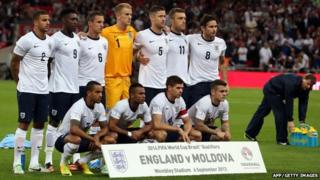 England are the only home nation to win a World Cup qualifier in Friday's matches...

England will now play the deciding match against Ukraine on Tuesday 10 September, but they'll be without Danny Welbeck who'll miss the game after picking up his second yellow card of the campaign.