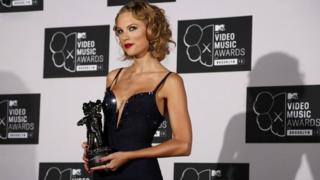 Taylor Swift has managed to nab herself two new entries in the 2014 book of Guinness World Records.

The 23-year-old American singer has earned her place in the famous book for having the fastest selling digital single for We Are Never Getting Back Together.

As well as this, she has also become the first solo female with two million-selling weeks on the US album chart, due to the success she enjoyed with the album Red, which was released last year.

Even Kanye would have to admit that's pretty impressive!

The good news continues for One Direction too, who are currently top of the UK and US box office charts for their new film This Is Us.

They've entered the book for having the highest debut by a UK group in the US singles charts, with Live While We're Young charting at number three when it was released last year.

Psy has also danced his way into the book, recognised for having the most online views for a video in 24 hours.

The popstar from South Korea had 38,409,306 youtube views for his single Gentleman.