The animals accused... of spying! 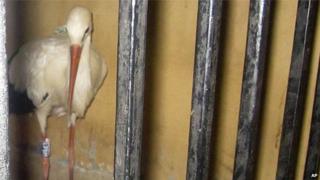 The stork was innocent. After investigation, it was found that the tag was being used by French scientists to track the bird's movements.

But, not all reports of pets on patrol are as far-fetched as they seem.

Animals have been serving in the military since as early as 1908, when Germany first attached cameras to pigeons to take aerial photographs.

And the American national security service - the CIA - once put listening devices onto a cat, calling it Operation Acoustic Kitty.

So which other animals have been accused of undercover work? 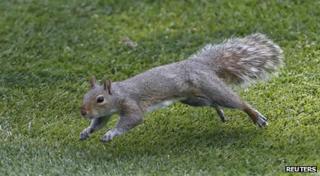 In 2007 the Iranian army arrested a team of 14 "spy squirrels" found near a nuclear plant.

The squirrels were kept in custody for a few days before being released, as officials were unable to take any further action. 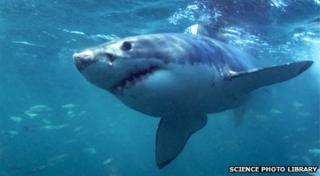 A spate of shark attacks near the Egyptian Red Sea resort of Sharm el-Sheikh in 2010 was blamed by one TV station on GPS-controlled predators planted by Israel.

Sharm el-Sheikh is a resort popular with tourists who want to scuba dive, so accusations that the Israelis had used the devises to remote control the sharks did a lot of damage.

Professor Mahmoud Hanafy of the Suez Canal University pointed out that GPS devices are used by marine biologists to track sharks, not to remote-control them.

No further action was taken. 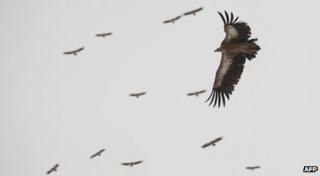 Spy in the sky?

In 2011, Saudi authorities arrested a high-flying vulture on suspicion that it was flying missions for Israel's national intelligence agency.