New guidelines have been suggested by animal groups in the UK, aimed at preventing unfair online ads for pets.

The Pet Advertising Advisory Group (PAAG) has put together a list of minimum standards for websites.

It's hoped the new advice will protect the welfare of pets being sold on the internet and help people to make safer choices when buying animals online.

Underage animals, banned breeds and illegally imported species are some of the adverts that are causing concerns.

In some cases puppies have been offered in exchange for mobile phones or tortoises swapped for watches. 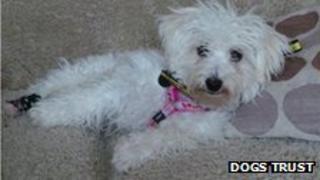 Margaret Donnellan works for PAAG and says it's important the right information is advertised.

"You've got to remember a pet is not like a pair of shoes or a washing machine", she said.

A team of volunteer moderators will be working with websites to monitor suspicious adverts.