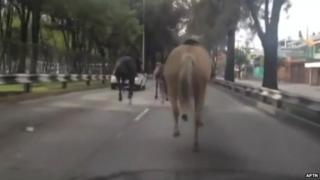 Horses go on the run in Mexico

They were supposed to be hard at work - standing guard as a group of protestors held a demonstration outside parliament in Mexico City...

But, they had other ideas!

A troop of 20 police horses just took off and went on the run down the city's streets, damaging cars and street signs.

Eventually they were all caught, but some of them had injuries and needed treatment from a vet. 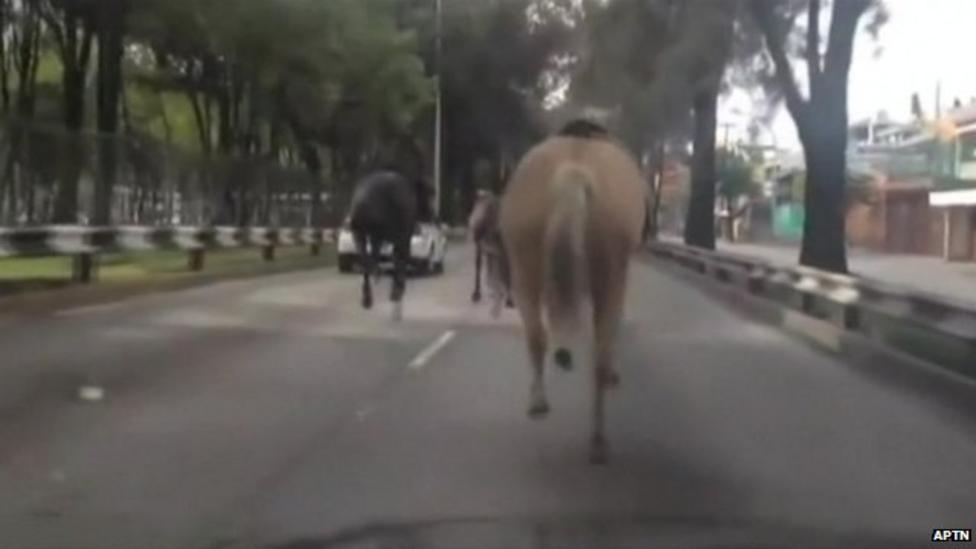 Horses go on the run in Mexico