The £189m Library of Birmingham, described as the biggest public library in Europe, opened its doors today.

It was opened by Malala Yousafzai, the women's right campaigner who was treated for gunshot wounds in a Birmingham hospital.

Malala, who made a remarkable recovery after she was shot by the Taliban for campaigning for girls' education in Pakistan, now lives in Birmingham.

She said she was proud to be opening a building designed by a woman.

"This event proves this city loves me and I love it too," she said in a speech to mark the opening.

The library houses 200 public access computers and a collection of one million books. 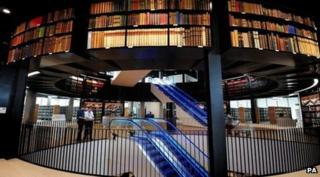 PA
It's thought it's the biggest library in Europe

In July, on her 16th birthday, Malala gave a speech at the United Nations in New York City, calling for free education for all children. 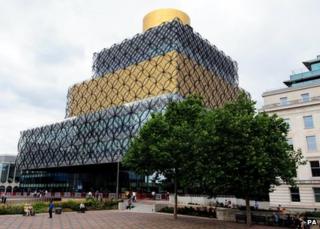 PA
The new library has the Shakespeare Memorial Room, which is home to a collection of 43,000 books

Find out all about the Pokémon World Championships