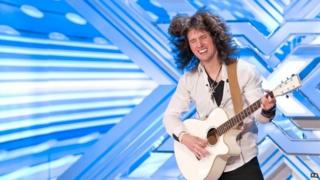 The new series of X Factor kicked off on Saturday night and an average of 9.2 million viewers tuned in.

This is a boost for the ITV show as last year's opening ratings were 8.7 million.

But overall the show's popularity is still being questioned, as the first show of the 2011 series hit 12 million.

Last year's ratings sparked concerns that the show, now in its 10th year, was losing popularity and might be axed.

Sunday's show saw a slight rise on Saturday's, with an average of 9.9 million people watching. 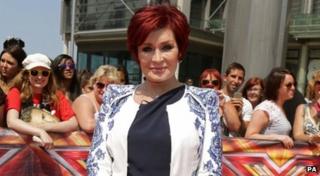 Sharon, seen here at the launch of this year's series, stepped down as a judge six years ago

This year there has been a number of changes to the format, including the return of Sharon Osbourne as a judge.

Contestants will also perform a small audition before the judges first, before they have to sing in front of a live arena audience.

Check out Martin's report from the X-Factor studios.