Obama to ask politicians to vote over Syria action 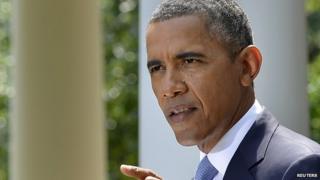 American president Barack Obama says he wants to ask fellow politicians to vote before taking any military action against Syria.

Obama has the power to make the decision alone, but he's followed the example of UK Prime Minister David Cameron by asking what others think first.

The president made the surprise announcement after considering the response to chemical weapons attacks that killed hundreds of people in Syria last week.

He says the concerns of regular Americans means having a vote is the right thing to do.

America says it has compelling evidence the Syrian government carried out the chemical weapons attacks that killed hundreds of people last week.

But Russian President Vladimir Putin has challenged the US to present to the UN evidence that Syria had attacked rebels with chemical weapons. 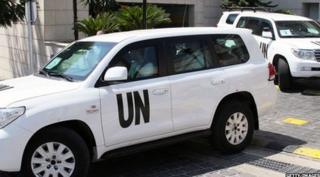 UN weapons inspectors saying it could be two weeks before the results of their tests on the site are released.

In a statement at the White House on Saturday, President Obama said he felt it was important to have a debate about intervention in Syria.

"I've long believed that our power is rooted not just in our military might, but in our example as a government of the people, by the people, and for the people.

"And that's why... I will seek authorisation for the use of force from the American people's representatives in Congress," he said.

Last week we asked BBC Security Correspondent Frank Gardner to answers Newsround viewers' questions about Syria - what's going on and what may happen in the future.