Dan Evans knocked out of US Open 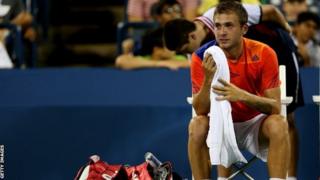 Dan Evans' dream run in the US Open came to an end as he lost to Spanish 19th seed Tommy Robredo in four sets.

It was the British number three's sixth match in 10 days after coming through three rounds of qualifying, then beating 11th seed Kei Nishikori and world number 52 Bernard Tomic.

But he missed out on a possible dream fourth-round tie against 17-times Grand Slam event winner Roger Federer.

Evans had never won a match in the main draw of a Grand Slam tournament before New York.

The 23-year-old impressed in the opening set but 31-year-old Robredo's experience told as he edged it in the tie-break, then raced through the second in just 28 minutes. 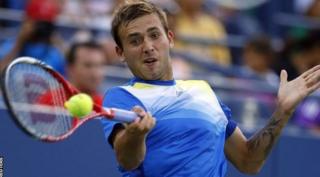 Evans has done well enough this week to get close to the world's top 150.

The Brit then won the third set, but Robredo, who struggled with a leg injury in the closing stages, fought back superbly from 5-3 down in the fourth set to claim victory.

"It's been a great experience, a great learning curve," added Evans, who heads to Croatia next for Great Britain's Davis Cup tie on 13-15 September.

"I can definitely play with these guys, so I should be confident going into the next tournaments."