Andy Murray beats Michael Londra in US Open first round 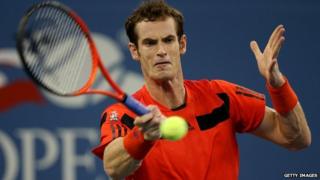 Andy Murray has eased through the first round of the US Open, beating France's Michael Llodra in straight sets.

It was a short match, but changes to the timetable meant it didn't start until 10pm.

His second round match will be on Friday against Argentina's Leonardo Mayer.

Andy won the US Open in 2012, his first ever Grand Slam win.

Since then he's won Wimbledon too and is now hoping to retain his title at this year's US Open.