Why you should be careful chewing gum on your holidays 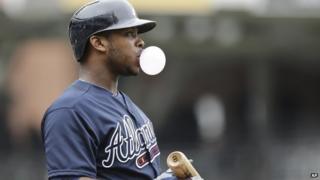 It might not sound like the worst crime in the world, but you could get in a lot of trouble for chewing gum on your holidays.

The Foreign Office are urging families to research locals laws before heading to other countries.

Brits can risk getting a fine or even arrested for things like carrying mineral water or feeding the pigeons.

Chris Hay, from the Foreign Office said: "It is important to remember that laws can vary greatly."

In the Italian city of Venice it is illegal to feed the pigeons, while in Florence you can't eat or drink near churches.

Anyone caught wearing camouflage in Barbados will be fined and if you've got a cold in Japan be careful because some pretty common nasal sprays are banned there.

Chewing gum on the transit system in Singapore will risk a fine and you could be arrested in Saudi Arabia for photographing government buildings.

Mr Hay added: "Many British nationals think of their British passport as a 'get out of jail free' card."