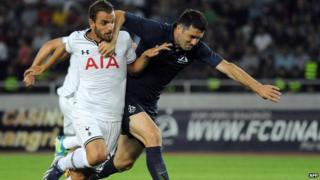 England Under-21 international player Andros Townsend put Tottenham ahead when he scored the first goal, before setting up another for new signing Roberto Soldado, who managed to score twice.

With Gareth Bale looking set for a move to Real Madrid, the score line showed that Andre Villas-Boas' side are still able to dominate without the Welsh player. 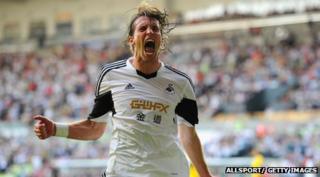 Swansea were also comfortable 5-1 winners over Romanian side Petrolul, in their qualifying play-off tie. An own goal, with strikes from Michu, Alejandro Pozuelo and two from Wayne Routledge sealed the victory.

The Swansea manager Michael Laudrup said it was a key result for his side, after they lost 4-1 to Manchester United in their opening Premier League game.