Andy Murray to play Michael Llodra in US Open 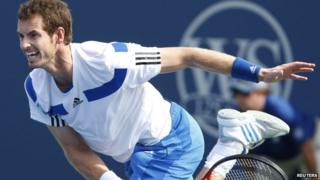 Andy Murray has been drawn against Frenchman Michael Llodra in the first round of the US Open.

The British number one is aiming to defend his title from last year, when he beat Novak Djokovic.

This year, the world number one is in the same half of the draw as Murray and they could potentially meet in the semi-finals.

Rafael Nadal and Roger Federer are in the other half of the draw and could face each other in the quarter-finals.

Murray, the world number three and Llodra, who's ranked number 49 in the world, have met three times previously.

Murray has won all three matches, with their last meeting at the 2012 Australian Open.

British hope Laura Robson, ranked 32, will play her first round match against Lourdes Dominguez Lino from Spain, the world number 53.

Heather Watson faces a trickier match up against a player ranked 54 places higher than her, Simona Halep from Romania.