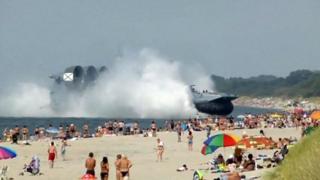 Snoozing sunbathers in Russia had a surprise awakening on Sunday when a military hovercraft ran onto the beach.

The Russian 'zubr' landed on a popular beach near the Russian town of Kaliningrad.

The Russian Defence Ministry said the ship's crew were carrying out a training exercise.

According to Russian newspapers, the ministry said it was not sure what people were doing on the beach on a warm day in August.

Luckily nobody was hurt during the exercise. 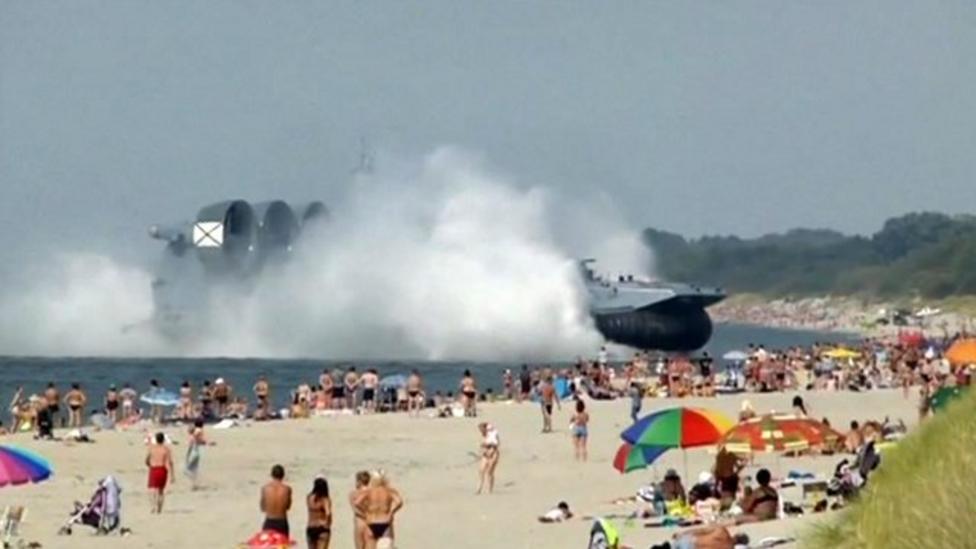