New smartwatch with built-in camera set to be made 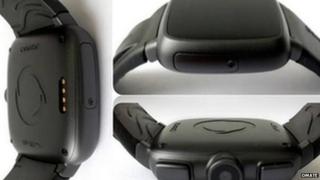 A smartwatch with a built-in five megapixel camera is set to go into production.

The Omate Truesmart raised £63,760 of pledges on fundraising site Kickstarter, meaning the South Korean firm will start developing the product.

It hasn't announced when the product's out, but will reveal more at a consumer tech show in Berlin in a few weeks.

Another smartwatch, Pebble, also managed to raise more than £6million through the funding site last year.

What features will it have?