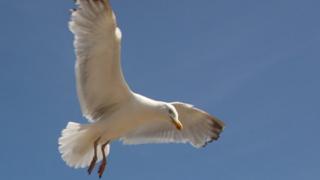 Birds can understand the speed limit of individual roads, researchers in Canada believe.

On roads with a 50km per hour speed limit they found that birds on the road flew off when a car was 15 metres away.

On roads with a 110kph speed limit, the birds took off when a car was 75 metres away - regardless of how fast the car was going. It suggests the birds know how fast cars tend to go on roads.

Pierre Legagneux and Simon Ducatez started their study of birds in 2006.

"The birds did not respond to the speed of the car but rather to the speed limit of the road," said Legagneux.

The researchers think the birds treat the cars as predators and are able to realise that cars typically go faster on certain roads.