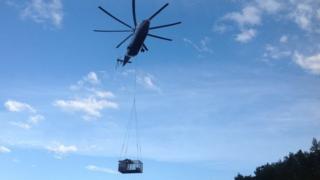 Two captive brown bears have been airlifted to safety from a flood zone in Russia.

Torrential rain and and heavy flooding meant rescuers had to use a helicopter and cage to move the bears to higher ground.

It's the worst flooding in Russia for 120 years and around 20 thousand people have been forced to leave their homes.

The bears were taken to a new home where they're getting on okay. 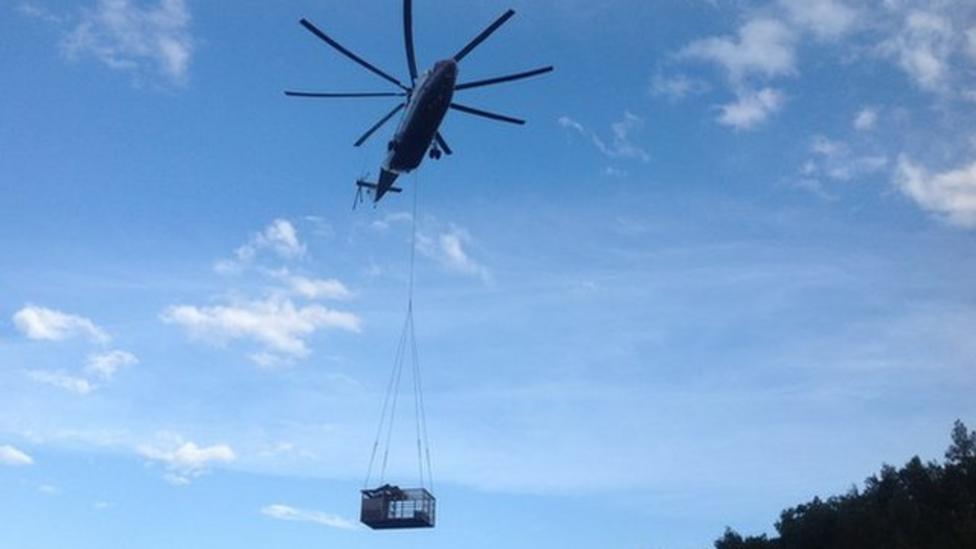