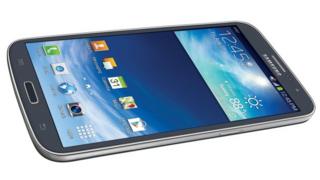 A massive smartphone has been revealed by technology giant Samsung - with a whopping 6.3inch (16cm) screen!

Smartphone screens have been steadily getting bigger, but the new Galaxy Mega has the biggest screen of any Samsung smartphone so far. 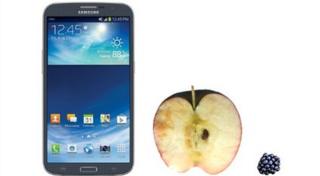 The Galaxy Mega is bigger than any existing apple or blackberry

In 2012, the iPhone received a bigger 4inch screen whilst the new BlackBerry Z30 is expected to have a 5inch screen.

Phones with a big screen are often called "phablets" - a cross between a phone and a tablet computer.

Gadget fans will have to wait to get their hands on the enormous phone as it's not available in the UK yet.