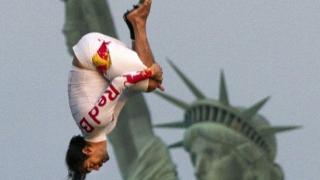 Video: Daredevil leaps out of helicopter

Columbian athlete Orlando Duque has performed a 75-foot tuck dive from a helicopter, beside the Statue of Liberty in New York.

The extreme diver reached speeds of 50 miles per hour by the time he hit the water.

The jump was part of preparations to warm up for the Red Bull Cliff Diving World Series competition, which is taking part in the US.

Check out the video to see him leaping from the helicopter. 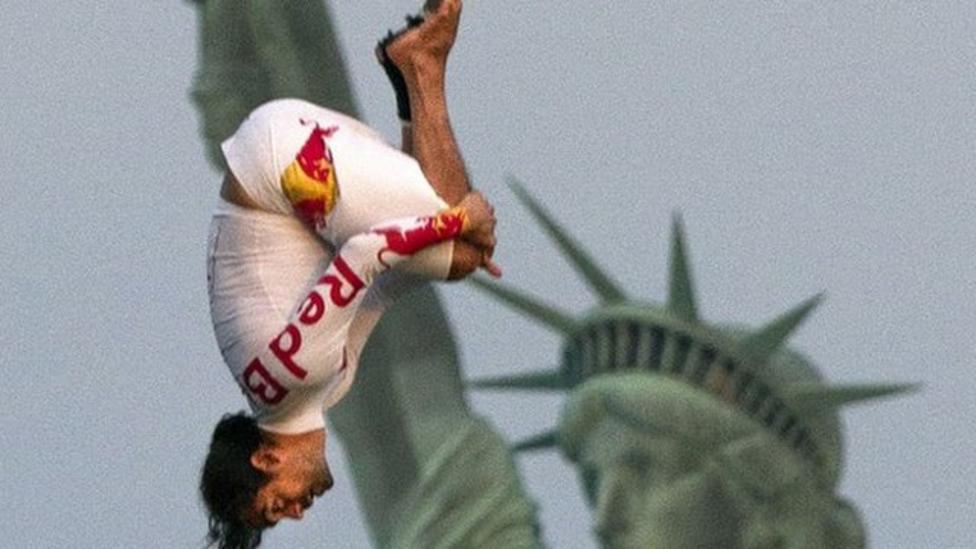 Video: Daredevil leaps out of helicopter