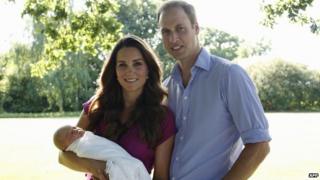 The first official photographs of Prince George have been released.

The two pictures show the baby, who is third in line to the throne, with his Mum and Dad, the Duke and Duchess of Cambridge and with their dog Lupo. 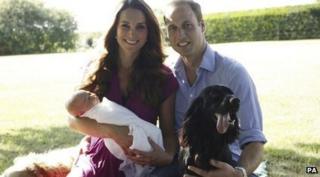 The photos were taken earlier this month by his Granddad, Michael Middleton, in the garden of their home in Berkshire.

In one of the pictures, the Middleton's golden retriever, Tilly, joins in by lying down behind Kate.