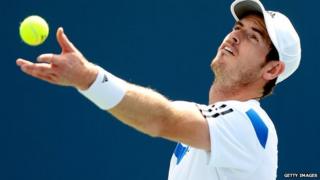 Andy Murray has been beaten in the quarter-finals of the Cincinnati Open in the US.

The Czech world number six turned in a powerful display to see off the Wimbledon champion 6-3 6-4.

It was Andy Murray's last match before he tries to defend his US Open title later this month.