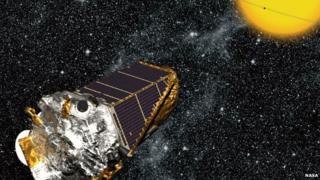 The Kepler space telescope has had to stop hunting for planets.

The space observatory was launched back in 2009 with aim of finding earth-like planets that could support life elsewhere in the universe.

But a breakdown in May this meant it could no longer hold itself steady when on the lookout for new planets and has had to abandon it's main mission.

So far Kepler has confirmed 135 new planets beyond our Solar System.