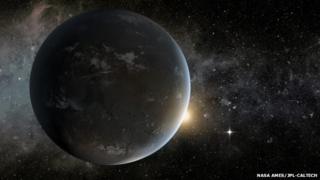 American space agency Nasa has said its planet-hunting telescope, Kepler, can't be fixed and will have to stop looking for other worlds.

The telescope uses a set of four special spinning wheels to hold it steady in space, to allow it to look billions of miles into the universe.

But two of the wheels have broken and boffins have been unable to fix them.

Since its launch in 2009 Kepler has confirmed the existence of 135 planets outside our Solar System.

But it still has more than 3,500 possible "candidates" that haven't yet been properly investigated.

The $600m (£395m) telescope was launched in March 2009 to try to locate planets that have the best chance of supporting life, by looking for planets that might have liquid water on them.

The first of Kepler's four controlling wheels broke in July 2012 - and then a second failed three months later.

Since then, engineers have been trying to work out a way of fixing the wheels.

They say that trying to control Kepler with only two spinning wheels is like a shopper trying to push a supermarket trolley with a jammed wheel. 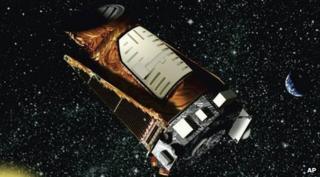 But there is hope that the spacecraft might still be useful, with suggestions that could start to look for asteroids, comets and exploding stars.

Nasa will now have to decide whether a damaged Kepler is worth spending more money on.