Chinese zoo pretends dog is a lion... until it barked! 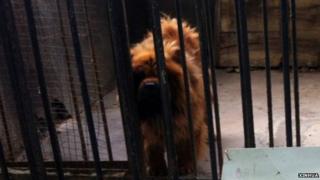 A zoo in China has hit the headlines after it put a dog in a lion's cage labelled 'African Lion', but then visitors heard it bark!

Newspapers from all over the world are reporting the bizarre story of how a zoo replaced its lion with a Tibetan Mastiff dog. Visitors to the zoo said they felt cheated. 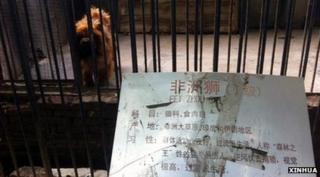 One of the bosses at the zoo, Liu Suya, told a Beijing newspaper that the lion had been taken to a breeding centre, and the Tibetan mastiff was placed in its cage because of safety concerns.

Other species were also apparently mislabelled - there was a white fox in a leopard's den and another dog being passed off as a wolf.