Greg Rutherford misses out on final at World Championships 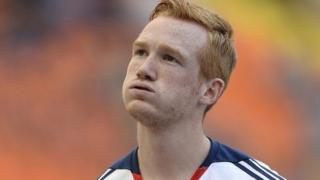 Disappointing news from Moscow as Olympic Long jump champion Greg Rutherford has failed to make the final at the World championships.

The Brit had been suffering from a hamstring injury and could only manage a jump of seven metres eight-seven in qualifying.

That put him in fourteenth - just two places outside the final.