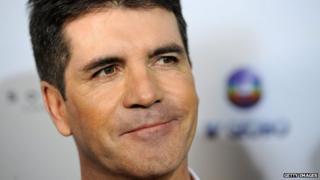 Simon Cowell has topped a list of the best paid US TV personalities, after earning an estimated £61m last year.

He took the top spot in a list of the biggest earners put together by the American business magazine Forbes.

The US X Factor and Britain's Got Talent judge has made some of the world's most successful television shows.

There are now 41 different versions of The X Factor and his 'Got Talent' is, according to Forbes, the biggest-selling TV franchise in the world.

Cowell also earns money from his career in the music industry, and gets paid for representing One Direction.

He shared the top position with America's Got Talent judge and radio DJ, Howard Stern.

Forbes put together its list by talking to agents, managers, producers and executives.