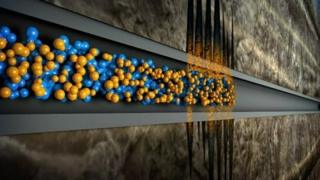 David Cameron has insisted that people in the South of England should accept the controversial method of extracting gas by fracking.

The Prime Minister has given his support to the technique despite critics saying it can cause earthquakes and contaminate water supplies.

But, writing in the Daily Telegraph, Mr Cameron says he wants to see fracking across Britain and insists it won't ruin landscapes.

Campaigners from all over the country recently camped out at a woodland site near Balcombe in West Sussex village to protest against fracking.

Energy company Cuadrilla had planned to do some drilling tests there.

Find out how fracking works.