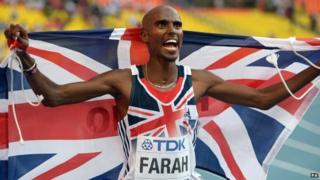 He did it again! Mo Farah was first to pass the finish line in the men's 10,000 metre race at the IAAF World Championships in Moscow.

Not only that, the double Olympic champion has created history by becoming the first British man to win that event.