Is the Mona Lisa mystery soon to be solved? 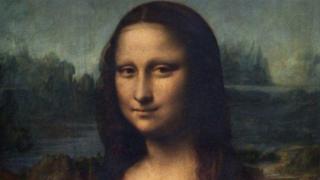 Who is the real Mona Lisa?

It's a question that has puzzled experts for centuries, and now scientists think they may actually be a step closer to solving the mystery of one of the world's most famous paintings.

A group of experts have cracked open a tomb in the Italian city of Florence in the hopes of finding some DNA samples which they think may hold the clue they need.

Leonardo da Vinci took about 15 years to complete the Mona Lisa, and said it was one of his favourite paintings.

It was so precious to him he kept it for himself until he died in 1519.

He never revealed who the model was for the painting, and since his death many people have tried to find out - some people even suggest it is a self-portrait.

One thing most Mona Lisa fans agree on though - is that it is her mysterious smile that makes the painting so special. 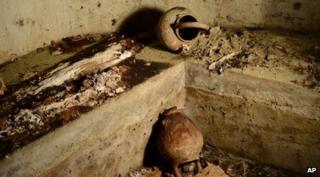 The tomb contains vases and bones

The tomb that has been cracked open for the first time, is thought to contain the family of a woman called Lisa Gherardini - though she isn't buried there herself.

Historians say there is some evidence to suggest she sat as a model for the artist.

They think Lisa is buried at the nearby convent of Saint Ursula, which is where records show she died in 1542.

They have recovered the bodies of three women from the convent, but they were unable to prove which body is hers.

The scientists say once they have found a match between the DNA in the tomb and one of the women from the convent, they will set about building a facial reconstruction.

This is clever technology that allows scientists to create a computer image of what a person looked like based on their skull.

The same kit was used to identify the remains that were found under a car park as King Richard III.