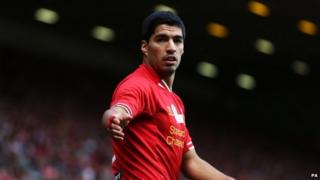 Suarez has accused the club of promising him the chance to leave if they didn't qualify for the Champions League.

Liverpool boss Brendan Rodgers denies that, and he says the player has show a total disrespect towards the club. 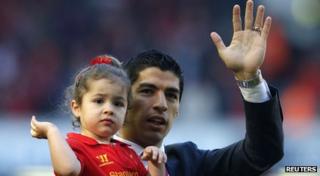 Suarez with his daughter Delfina - newspaper reports say he is now training with her instead of the Liverpool squad.

So he's teaming up with his daughter Delfina for a kickabout - as some of the papers show this morning.